*A paper modeled around the save and load mechanic of VNs. Created in early 2018.

Not a day goes by where we don’t make a decision. Regardless of how mundane or routine it may be, even if the result changes nothing in regards to the infinite scope of the universe, it remains a choice you made nonetheless. Upon reflection of our happiest times, our saddest times, we recall the choices we made on our self-paved path. Do you regret anything? Have you done something that gnaws at your conscience, spurs on your heart and puts you in a state of discomfort even now? Perhaps it’s a fresh wound, something you only did or didn’t do today or the day before. To resolve this problem, wouldn’t it be nice to be able to go back in time and change what you did? Equipped with the knowledge of what will unfold, you are free to mingle with the multitude of realities. This newfound power in hand, it’s perfect. No longer will you have to live with regret. Yet, perfection is only ever a distant illusion. I myself traveled backwards many a times and I’ve learned many things. Top among them is that nothing is capable of such a concept. Pushing your idea of perfection onto the world will only end up highlighting the blemishes. One of my experiences was as follows.

It was a girl, of course. She was cute and charming with a regal allure. Even if she was not of royal descent, she was my queen. Slowly, I made my way into her inner circle and advised her on various things. Eventually, I found myself stumbling into a date. This was the first time in which I felt what could be called love. Her eyes held me in a bind inescapable. One day though, she approached me for the first time with a fiery look in her eyes, This marked the first argument we had. The topic was something so simple, so irrelevant I can’t even bring myself to remember it. What did I end up doing? I turned back time. Then, time kept moving. She aged, but I found myself at a different speed than the people around me. We argued more and I turned back time again and again in order to appease her requests. Of course, she didn’t know this. Everytime an inevitable argument popped its way into our lives, it was the first argument for her. Yet for me, it was uncountable. For me, it was unbearable. Soon, we grew apart and I met another woman. A different person altogether and yet the problem didn’t seem to subside. This cycle persisted, both the backwards march of time and the move from person to person with both parties unhappy.

One day, still trying to find that compassion I once felt when looking into the eyes of my first love, the woman I was flirting with asked me a question.

“Why do your relationships end at the first sign of conflict?”

I simply responded with “Because I do all in my power to prevent such a thing. Yet, it always seems to find a way.”

It was the truth I had come to back then, that conflict was inescapable. I wasn’t wrong, that I’m sure of now.

“Then what have you managed to solve? Admirable it is to prevent, in no way does it compare to overcoming. How ever did you think to strengthen your relationship if you constantly backstep at trouble? Nevermind a relationship, what about your life?”

I was at a loss of words and only could stare.

“Through progression we find conclusion. If you constantly run, then you haven’t truly lived. Life is struggle, but not struggle alone. Rather, it’s a critical component needed to build character.”

This was something I experienced when playing something called a visual novel, for all intents and purposes a choose your own adventure story. I’ve gone through countless of them, constantly shifting time back in their medium using their save and load feature. It’s quite ironic really, such a thing teaching me that moving time backwards is moving yourself backwards as well. Live and move on. Never forget or regret what you’ve done. They have shaped you into what you are now. From now on, make choices you won’t regret. Be proud of them and yourself. That pride is intrinsic to life along with struggle, happiness, sadness, and the myriad of emotions. 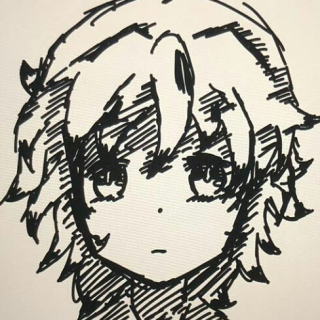